Presided by the World Breastfeeding Week (WBW) which was held in August, JPMC shifts the focus to antenatal care that every woman planning for a family should be aware of. The importance of antenatal care cannot be understated as it helps to detect abnormalities and preventable illnesses in the mother and child. With the support and information from health providers that specializes in obstetrics and gynaecology, JPMC’s Antenatal Public Forum aims to encourage expecting parents to practise a healthy lifestyle, balanced and nutritious diet, and most importantly, to monitor the progress of foetal growth and to ascertain the well-being of the mother and the foetus.

Dr. Siti Khadijah Ismail, Consultant Obstetrician and Gynaecologist of JPMC began her talk entitled, “Bump and Beyond” where she conveyed a message that, “The WHO components of ANC include risk identification, prevention and management of pregnancy-related or concurrent diseases, health education and health promotion. Nowadays, with vast information accessible at the finger tips, it is prudent that correct and verified information are obtained from the appropriate source.”

“Diabetes in Pregnancy is not uncommon”, said Dr. Gonnie Alkemade, Consultant Physician Internal Medicine, Endocrinology and Diabetes of JPMC. “5-10% of pregnant women experience Diabetes in Pregnancy. Some women have known Diabetes, either Type 1 or Type 2. They are advised to see their Physician to discuss optimal glycaemic control prior to conceiving.” said, Dr. Gonnie.

“The majority of women with Diabetes in Pregnancy are diagnosed with Gestational Diabetes. This condition is caused by increased Insulin Resistance as a result of Pregnancy Hormones. When a woman’s pancreas is not able to overcome this Insulin Resistance during pregnancy by producing sufficient insulin, her blood sugar levels will rise. Untreated this will increase the risk of complications for mother and child. First-line treatment of Gestational Diabetes consists of healthy diet modifications, exercise and self-monitoring of blood sugars. By reducing and spreading carbohydrate intake and by making healthy choices, many women achieve good blood sugar readings.

A proportion of women with Gestational Diabetes will require additional medication such as Metformin tablets and/or Insulin injections. Women with Gestational Diabetes ideally receive combined care from their Obstetrician, Endocrinologist/ Diabetologist and Dietician. After delivery, blood sugar levels will go back to normal in most women without further medication. Women who have had Gestational Diabetes however are significantly at risk to develop Type 2 Diabetes in the future. They can reduce their risk by continuing a balanced Life-style after delivery, with a nutritious diet, healthy weight management and plenty of exercise.” added Dr. Gonnie.

Mr. Pun Kai Yew of Malaysian cord blood bank, Stemlife Berhad, spoke about the benefits of banking umbilical cord blood and umbilical cord tissue following the birth of a baby. He also shared about a new and exciting area known as regenerative medicine as well as potential new uses of cord blood stem cells for disorders that have no cure currently such as autism and cerebral palsy.

“Regenerative medicine is the science of living cells being used to potentially regenerate or facilitate the repair of cells damaged by disease, genetics, injury or simply aging by stimulating the body’s own repair mechanisms,” said Mr. Pun Kai Yew.

Stemlife Berhad is a majority-owned subsidiary of Singapore Exchange mainboard-listed Cordlife Group Limited (“Cordlife” or the “Group”). The Group owns the largest network of stem cell banks in Asia with facilities in six countries and marketing presence in four other countries. Since its founding in 2001, Cordlife has helped more than 500,000 parents store their babies’ cord blood and cord tissue.

Also established in 2001, Stemlife is one of the only two stem cell banks in Malaysia that is accredited by AABB (formerly known as American Association of Blood Banks). AABB is the de facto international quality yardstick in the industry and most transplant physicians around the world trust that cord blood handed by AABB accredited banks were properly collected, tested, processed and stored in a way that is consistent with enhancing the chances of a successful transplant.

Token of appreciation presentation took place to thank the speakers for their participation and to Stemlife Berhad for their generous contribution and support towards the event.

For further information or to set an appointment at the Obstetrics & Gynaecology Clinic, please call +673 261 1433 ext. 3000 or email directly to [email protected].​

JPMC Embraces World Day for Safety and Health at Work 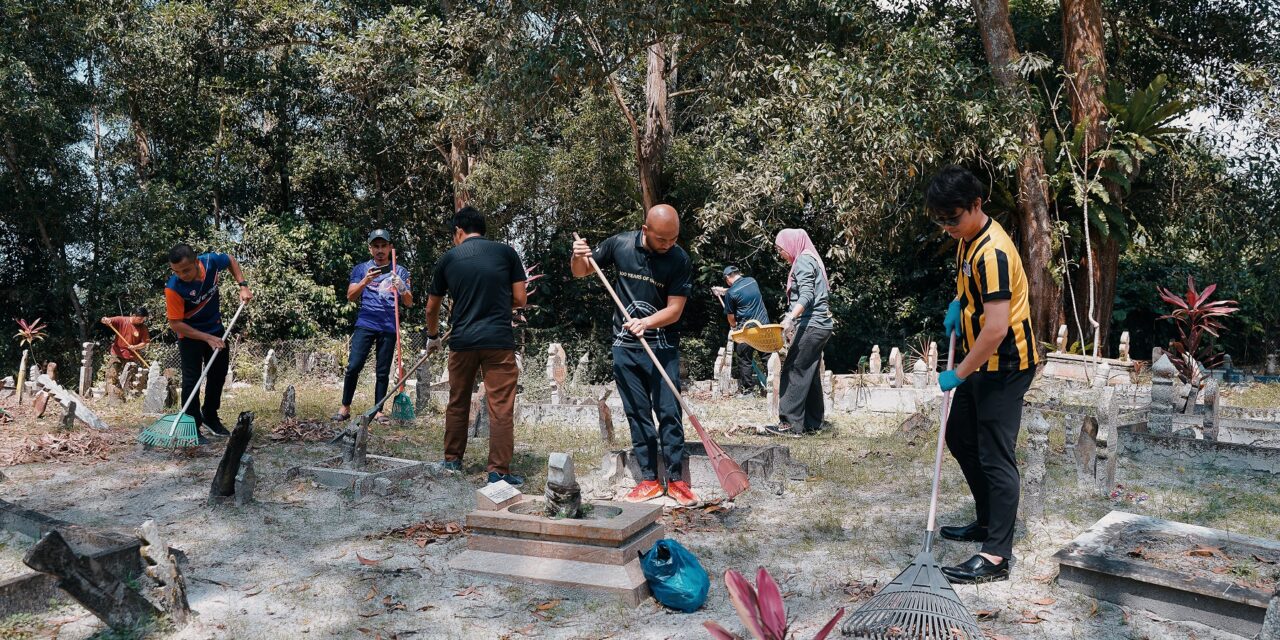